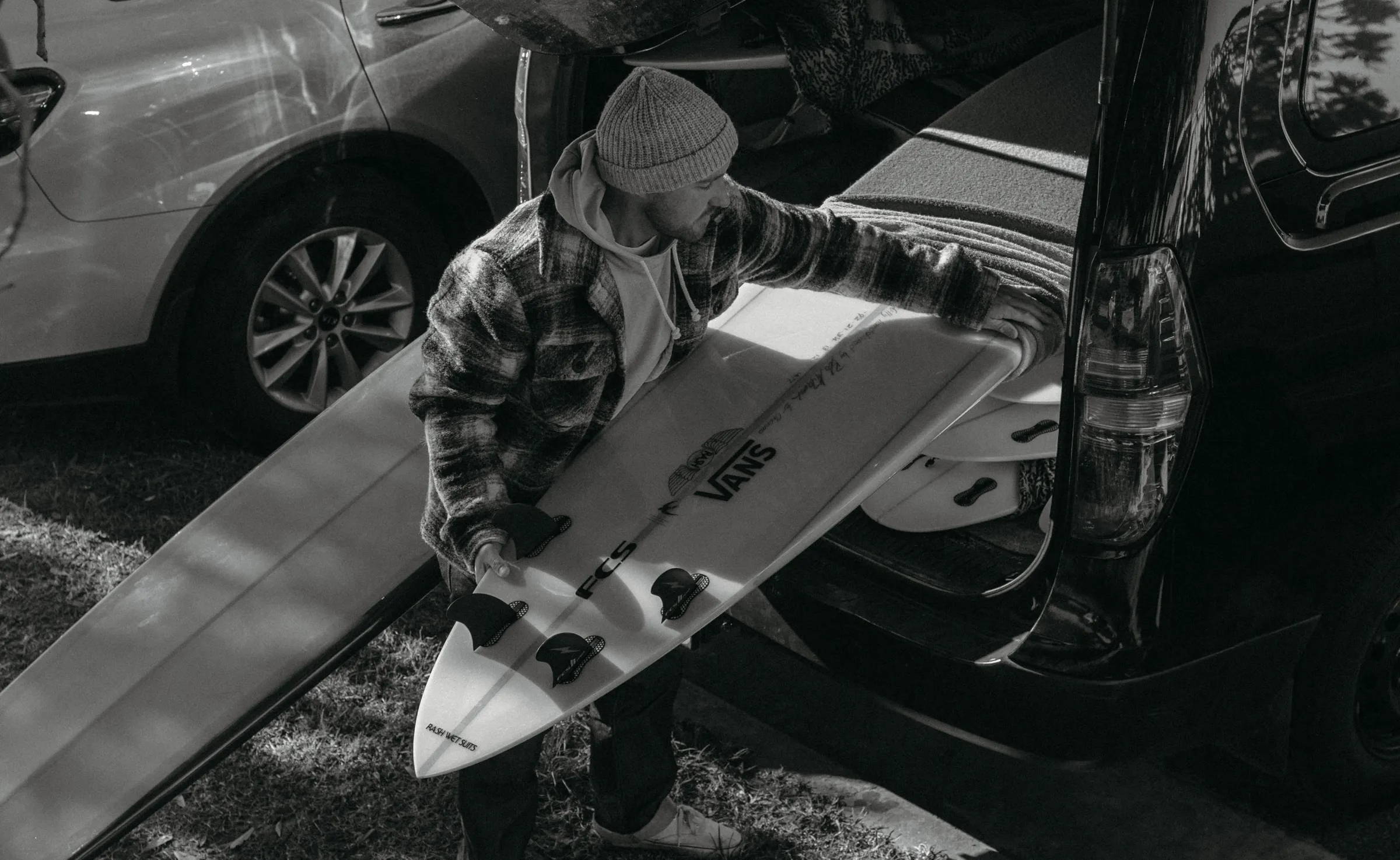 TACKLING WINTER SWELLS WITH THE WAXHEAD

TACKLING WINTER SWELLS WITH THE WAXHEAD

When Australia’s east coast got bombarded with swell over the last week, FCS team-rider Matt Chojnacki was right there amongst it. Over the course of the five day window, Chojnacki attacked a variety of Sydney bommies on boards ranging from 5’11 to 10’2. We spoke to him about his journey, his equipment and his preparation.

What sort of emotions were you feeling when you saw this swell pop up on the forecast?

I felt prepared. I had the right equipment, the right boards and accessories. My body was ready and I knew I was going to be home the entire time for it. I kinda knew the spots that would be best with the conditions we were facing and it all looked like Sydney and the surrounding areas would be best, so I was ready to go and I didn’t have to venture too far to score the waves I wanted.

Is it always nice to not have to get in a car or plane and drive interstate or fly to another country for a swell?

Definitely. It’s comforting to know that you can sleep in your own bed, but for me the big thing is that you can really prepare as well, no matter what the conditions you’ll be surfing – beachies, outer reefs, slabs or point breaks. As you’re nearby, you can, lug all that gear around and have that road trip feeling, while being close to home.

Was there a part of you that was sceptical and thought the wind wouldn’t eventuate into much when you looked at the forecast?

For sure. The wind is something we always contend with in Sydney and usually when there’s this much swell, there’s also a ton of wind and we were always sceptical that the wind would remain offshore all day. It made the swell window so much more impressive. 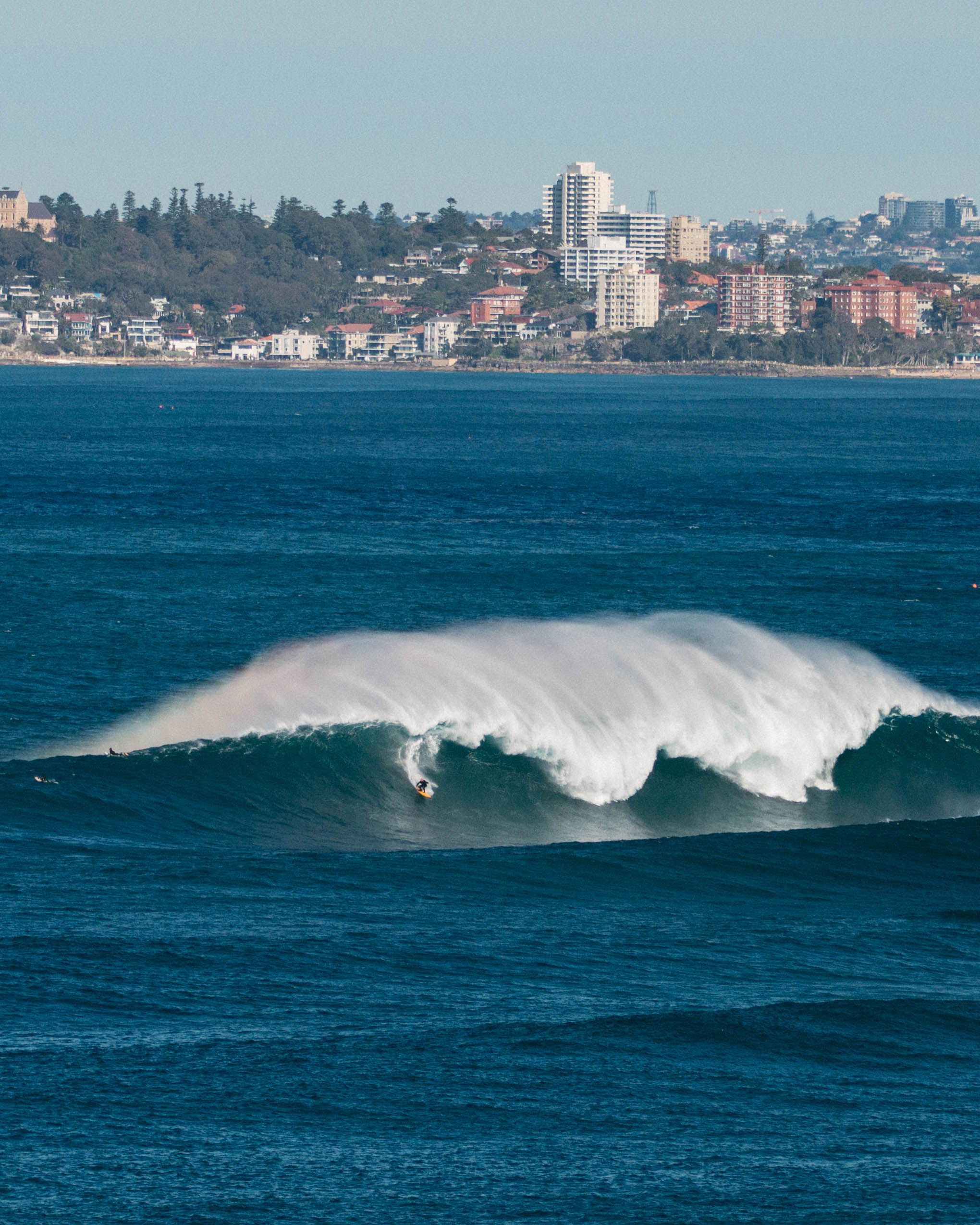 Without giving too much away, were there any waves you had your eyes set on?

Growing up at Long Reef, there’s quite a lot of outer reefs that I was hoping to surf. Also, I had Narrabeen and Queenscliff on my radar, but I also ventured a few hours up the coast on the Sunday of the swell when everything was a bit quieter and scored there as well.

Tell us about the equipment you had on hand.

I had eight boards in the car. Everything from 5’11” to 10’2”. And they ranged from single fins, thrusters and quads. I had something for every tide, every wind and every location. I don’t think I was too over-prepared as I nearly rode every single one of the boards over the course of the swell.

Absolutely, with the power of the swell you definitely wanted something bigger. I rode the Nathan Florence quad fin set up predominately in all my boards with the Big Wave Max leash, which was insane. It was almost a Hawaiian swell-period and it really allowed us to test out some big wave equipment in our own backyard.

What sort of board were you pairing the fins and leash with?

The 9’2” triple stringer Bob McTavish handshape, which was made for the more hollow bombies and then the 10’2” for the windy and maxxed-out open-ocean bombies. I rode the same fins and leggies the entire time. 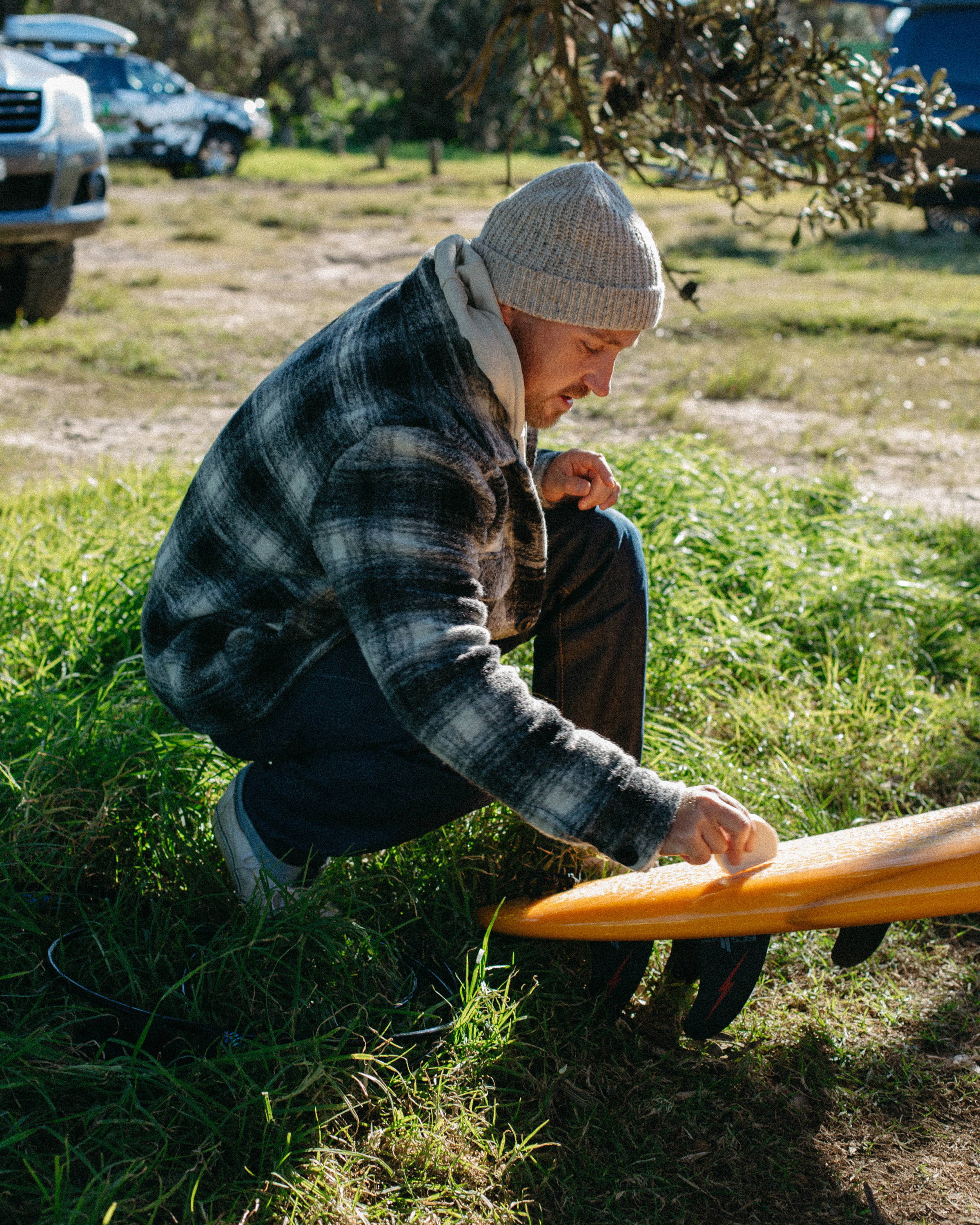 What have you been doing to decompress after each surf?

I’ve been meditating and eating really light and also, just keeping on top of the stretching. We’ve been doing a minimum of six hours in the water each day, so it hasn’t given us a whole lot of time at the end of the night. Needless to say, we’ve been sleeping really well. If someone was to ask me, ‘what was your best surf trip of the year?’ then this would be it.

Everyone has tales of lunacy, when a swell like this turns up. What’s one of your best stories from this swell?

It was just a combination of seeing veterans like Ross Clarke-Jones and Tom Carroll trading waves with the new generation of local groms and young guys. There were a lot of the older guys towing and then a lot of the younger guys paddling, it was almost like a generational shift. It was a nice blend of personalities.

Finally, you release your signature longboard fin a couple of months back and while you probably didn’t ride it much in this swell, can you tell us what the reception has been like?

It’s been phenomenal. People are stoked to have a fin that has a story behind it and feel the passion I put into the fin. I’ve seen a lot of people with them, which has been overwhelming really.