Find your best performing fin from the FCS Thruster and Quad range with these simple steps.

Pick a size corresponding to your weight.

Depending on wave height, your choice of fin size may vary.

Choose between Thruster or Quad set up. 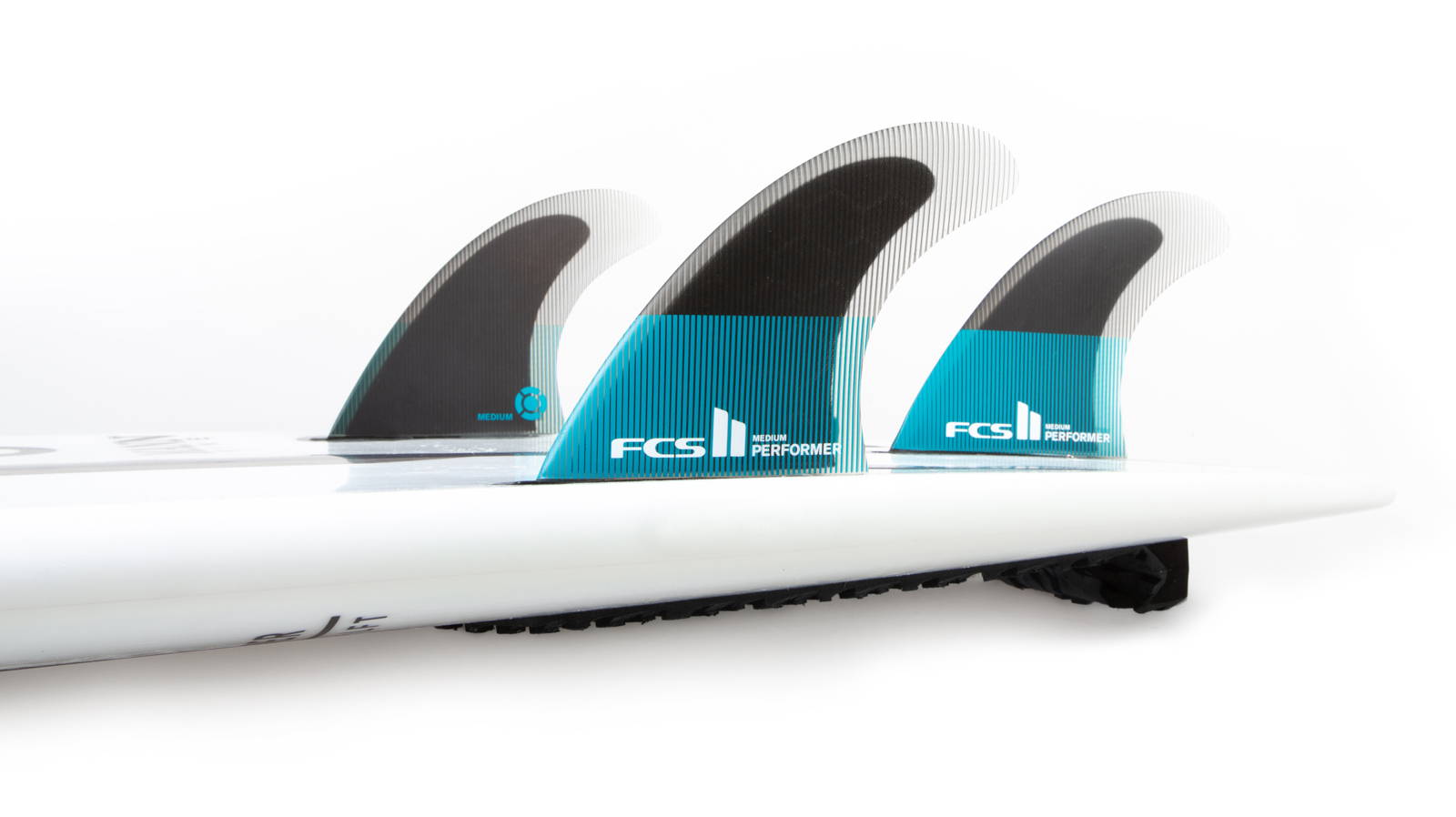 Thrusters are the most versatile set up, they feel predictable, provide maximum control and are suited to all types of conditions. 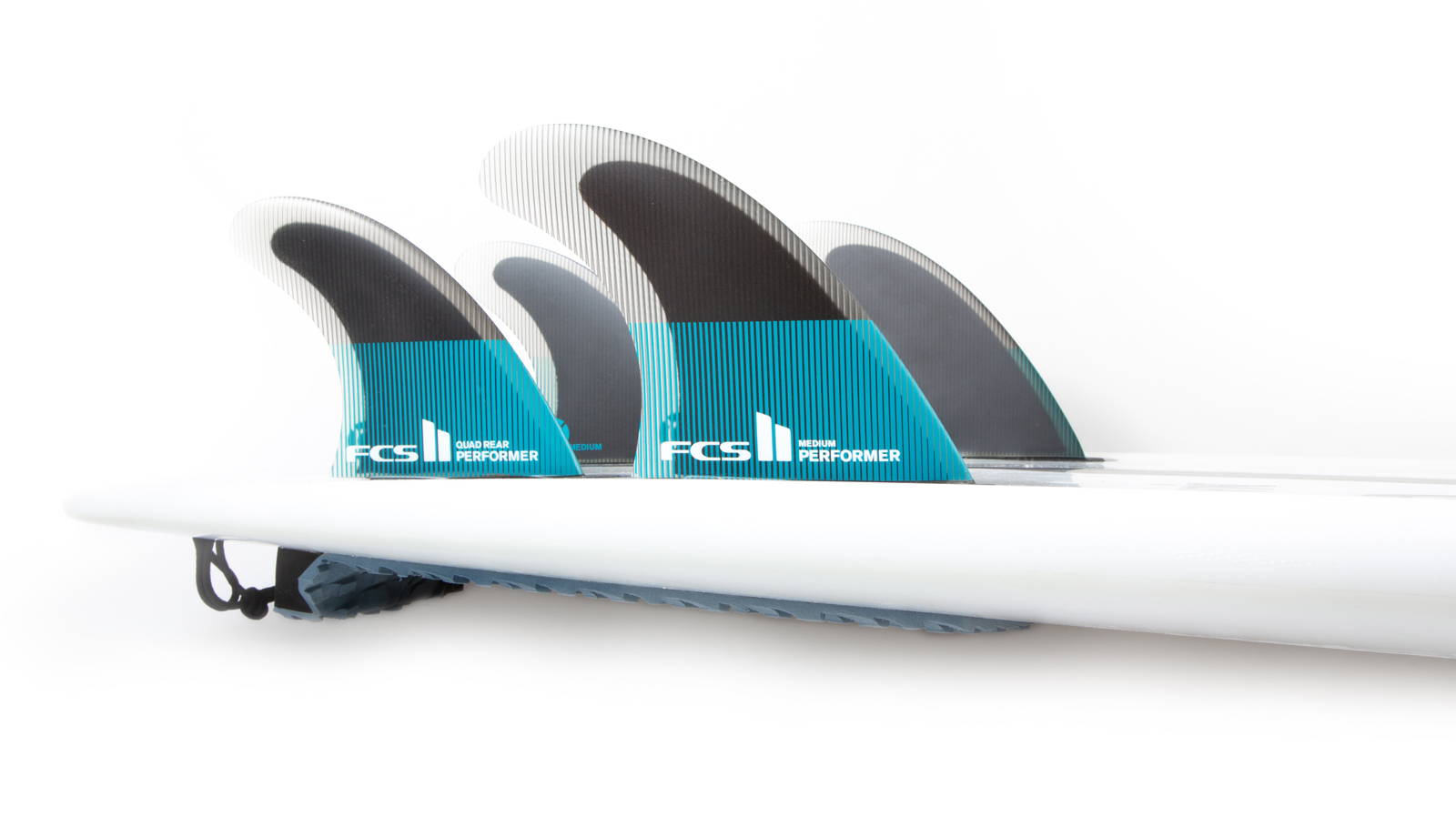 Quads generate exceptional drive and speed, feel quite loose and offer a moderate amount of control.

Select a fin family based on its performance. 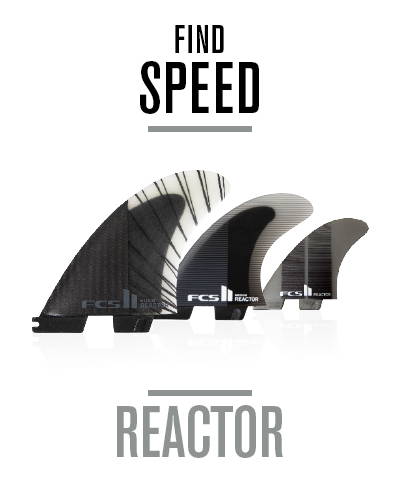 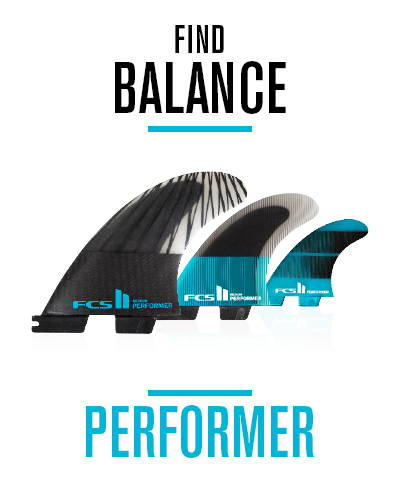 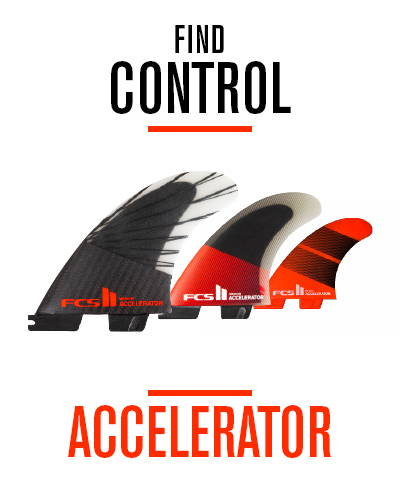 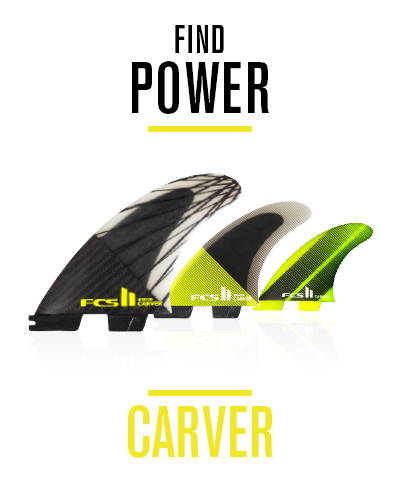 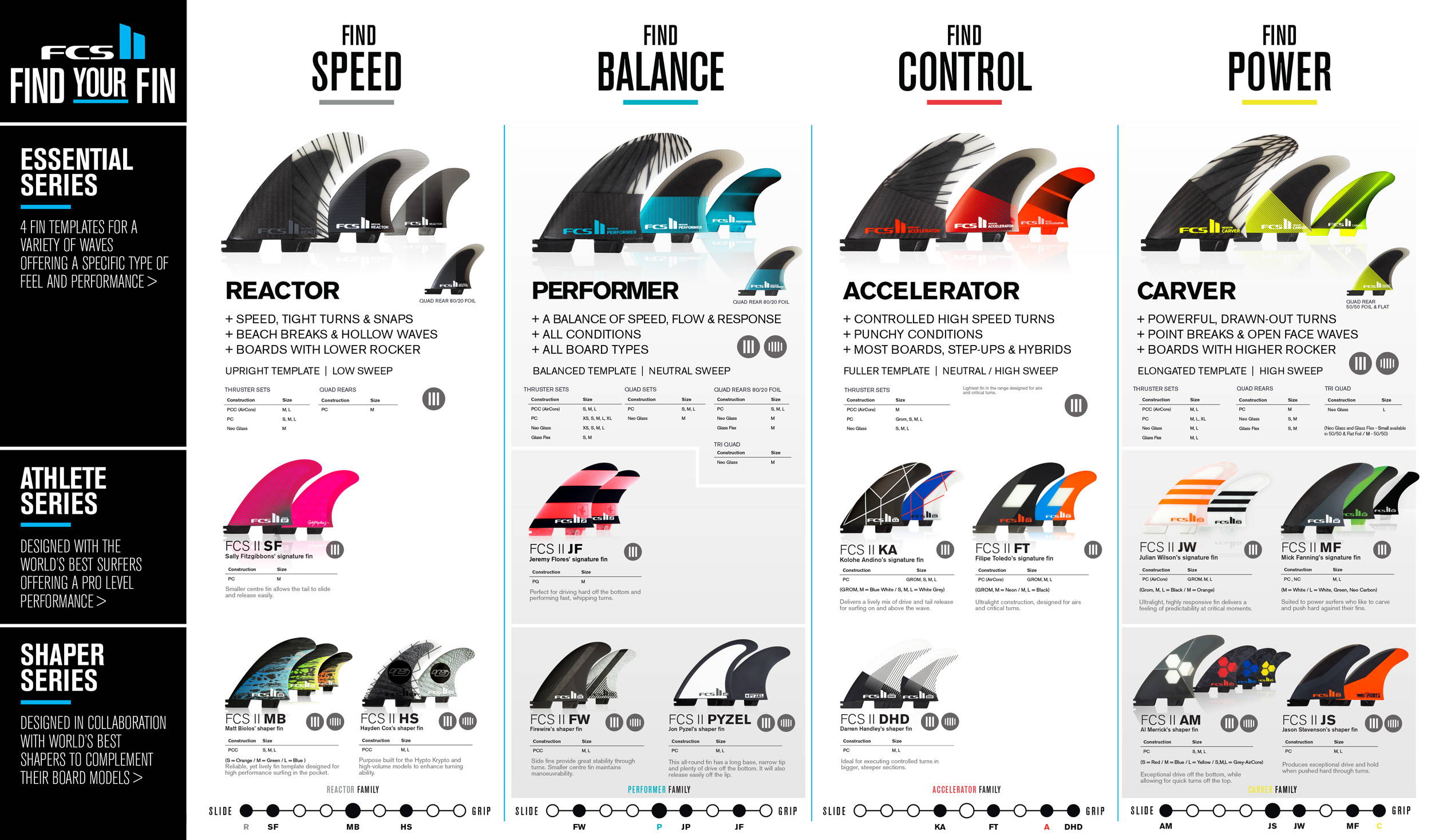 Select a fin material to match your surfing.

Learn more about specific materials and their benefits.

Neo Glass fins are precision molded using long strand fiberglass and a marine grade polymer. Very affordable yet considered a premium construction due to its high fiberglass content and active flex pattern, these fins will accommodate a wide range of surfers and surfing conditions.

Performance Core (PC) fins are made using a multi-layered resin transfer molding process. The flex pattern in PC fins extends progressively from the base through to the tip, helping the surfer to maintain drive and hold through a turn. This versatile fin material is light, and can be used in a variety of different conditions.

Fins with AirCore Technology feature a pressed polyurethane foam core that mimics the geometric foil of the fin. AirCore technology reduces the amount of fiberglass required in the RTM moulding process making it much lighter while allowing total manipulation of the flex.

Often referred to as PC Carbon or PCC, these fins are highly responsive and feature strategically placed carbon that’s designed to complement the fin template. PCC fins suit fast surfing and are favored by power surfers who like to perform explosive turns on critical parts of the wave.

Our latest example of PC Carbon is the new PCC Essential Series, in this series the internal carbon framework is designed specifically to suit each template, and by switching to epoxy resin and adding a carbon twill to the base we’ve delivered a more user-friendly flex pattern. Stiffness in the lower half of the fin enhances drive and acceleration from take-off, and a softer flex through the top half of the fin results in a smoother and more predictable feel when turning.

The PCC Essential Series fins are also created using Aircore technology which is a pressed polyurethane foam core that mimics the geometric foil of the fin. With AirCore we can make a much lighter fin with total manipulation of the flex.

Reserved for the FCS Specialty Series, Performance Glass (PG) fins are machine cut from layers of solid fiberglass. These fins are stiff, and are widely used by pro level surfers because the integrity of the flex is maintained under immense force, and in the most extreme of conditions and situations.

Within each fin family, you can fine tune your selection using the Slide and Grip scale.

Roll over for an example using the FCS Carver Family.

FIND OUT MORE ABOUT THE FCS FIN RANGE

FIND OUT MORE ABOUT THE FCS FIN RANGE

HOW TO INSERT FCS II FINS